Getting Hard and Soft

Above you can see how a willy gets hard. And then soft again.
The accelerated playback also shows how the muscles in the scrotum react.

Consciousness does not play a leading role in this. It can happen by actively thinking about something. Or by touch. But it can also happen for no immediate reason.

So getting hard is not always proof that someone is found attractive. But when it happens, hard to hide.

When a man is asleep, his willy often becomes hard. It is then rarely the case that he dreams about sex. It just happens automatically.

Many wet dreams occur at a young age. In that case too, people often do not dream about sex. It happens automatically. The willy system is only practicing. The initiative comes from behind from the lower back.

He usually wakes up because of the strong feeling of orgasm. Later the willy only becomes hard during sleep. To keep it in shape for what it is intended for.

A man normally wakes up with a hard willy. It is even the signal to get up. It is often thought that the willy becomes hard because the man has to urinate. This is nonsense.

Peeing with a hard willy is very difficult. The bladder automatically closes correctly because there may be an orgasm. In addition, the prostate may be somewhat swollen when standing up, which makes it extra difficult to pee. It is precisely this prostate that is located between the bladder and the penis.

The video above shows how difficult it is to pee with a stiff willy. The guy really needs to press force it. It only works a little bit at a time.

From the prehistoric times and all the danger in that time, the morning is a safe moment for sex (all dangerous animals are sleeping). But also a difficult moment for a man, because he has been sleeping all night and the bladder is full. Every healthy man with a healthy willy wakes up with a hard penis. And every man knows how difficult it can be to pee in between. Especially when it is also a good time to have sex. With themselves or with someone else. A man on his own sometimes jerks himself off first, so that peeing is easier afterwards.

However, it is absolutely no sign that his willy is so happy with who is next to him. It simply always happens. First to awake is always a man’s willy. And then him. This is often still embarrassing among men. While it’s just his same willy. But then hard.

A willy doesn’t always get hard because someone else is attractive. It can also just happen. A willy doesn’t have to be hard to enjoy it. Sometimes a willy can be hard, but an orgasm does not come. Or the orgasm comes too fast, and then suddenly he doesn’t feel like anything anymore. Sometimes a willy goes soft while the owner finds someone attractive. A man has very little control over his willy. Men in general have a hard time explaining their own willy.

It is a very nice part of his body. But with a mind of its own. 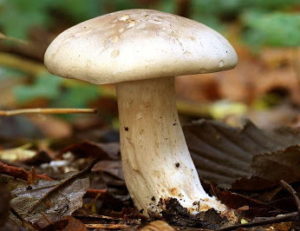 The best erection still has the mushroom. Almost invisible as a fungus. But after that the biggest willy.

Maybe that’s why they look alike.

Share The Secrets on:
Copyright The Piemel.com 2021 - All Rights Registered and Reserved
Back To Top