Everything that is eaten is processed and waste must be disposed of somewhere. Two smart systems have traditionally been devised in humans, for which one does not have to buy anything. 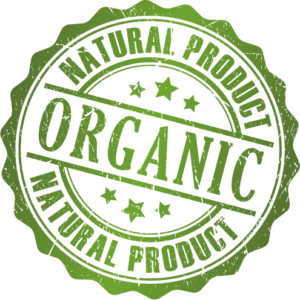 At the front, the system is kept working and healthy by regularly peeing with it every day. From behind by pooping with it once a day. The latter is accompanied by many useful microbes, and it can stink ugly. In addition, it is sticky and difficult to keep clean. It remains just an organic process.

The last piece of bum is perfectly made for a willy. While the sensitive inner parts of the willy are also accessible from there. To make that a bit more convenient, there is not only an anus, but there is also a closing mechanism a little further up.

Just like the hypersensitive young glans, the anus is also hypersensitive. These are all safeguards not to start sexual activities too early. First the right hormones have to be started for that. And the sexual identity has yet to be fully discovered. 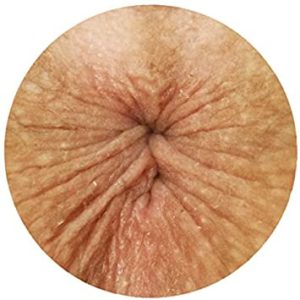 After a few tries, and especially if it is liked, the pain of intrusion goes away. The whole system is a lot more sensitive than the willy that can take a serious beating. It is really only made for willies or things that look like that. When the bum is really enjoyed, at time people get fascinated to look for bigger and bigger. Some even manage to get a whole hand inside. Although then everything inside can be felt well, a few sharp nails can do ugly damage. Stretching too far can also cause permanent damage.

Because pooping is done with the bum, keeping clean is an important thing. In the Western world, people are even more primitive used to wiping everything with a piece of paper. Which of course it is not really clean.

Water is used in other cultures. Bidets are also designed for this. Not only to wipe the “mouth” of the anus, but also to clean everything inside with a finger. 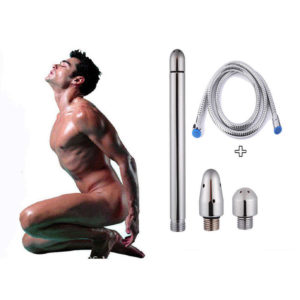 It is also possible to rinse the inside, provided that there is not too much pressure. The top valve must remain closed. Otherwise, all softer mass will come loose from above.

Cleaning can be done from superficial to more intensive. The fact is that a willy rarely, if ever, comes out dirty.

Because a bum is used to poo, there is still a taboo on bums. That many men see the connection with his whole willy feeling and more often investigate than thought, is evident when one searches on the internet for lists of what hospitals should regularly remove from bums.

They are among the oldest pages on the Internet. The problem is the squeezing function of the anus, and not knowing how to relax it. Something that has been introduced beyond that squeezing door can not be taken out anymore. Anyone who knows hospital workers can easily ask. Although it is often very laughable because in that world the entire enjoyment function is still far from well researched. Also because of laughter. Conversely, many a man first worked up a sweat and then went to a hospital. It is especially annoying for men who define themselves as completely straight. 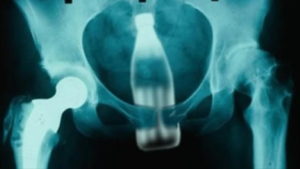 There is nothing wrong with it. A piece of the willy is simply inside the behind. And is easily accessible from that side. You’re really not gay if you want to know that. Or even like it.

However, it remains important to investigate with soft things, with everything that resembles a willy. It is a sensitive part of the body that can easily get hurt. Unlike the willy on the outside. Finding something that can be removed in any case can prevent very annoying situations.

The fact remains that the bum is made for a willy. But not necessarily has to be used for that. It is connected to the entire willy system. There are men who truly enjoy it, and they can even be very tough machos. An important reason is also that playing directly with the prostate from the inside and the connection with the anus that naturally squeezes with every orgasm, comes close to orgasm control. What is further described on this site.

A bum itself, but also a willy are not gay in mechanism. The mechanism is the same for all men. On a page like this, the bum is certainly entitled to a page with an explanation.