Due to the many penis unknowns and penis fears, we still need to define things like preferences. These terms are currently shifting or even disappearing.

The term heterosexual, like homosexual, was coined around 1869. Heterosexual was more the term for someone who was “oversexed” at the time. Too busy with sex. Note the year, diseases such as syphilis were rampant and there were no antibiotics yet. Victorian principles were needed and sexuality was better limited to the bare essentials. However, heterosexual in origin does not mean a preference for the opposite sex, but more the urge to want to do it with a woman every time while jerking was much better for overall public health.

Homosexuality is also a relatively modern term, just like bisexuality. In the gay world, moreover, only in the last 20 years have words like “bottom” or “top”, also known as “active” or “passive”, become popular. 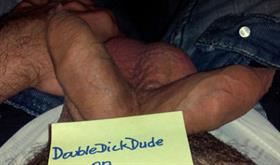 There are also definitions that are never used. For example, one could safely call almost every man an auto-homosexual. In his life he starts with himself. Can’t get enough of it at the time. And happily continues for the rest of his life.

In the time in which we now live, all boxes are slowly fading and disappearing. 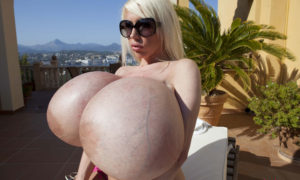 What the penis comes up with and what the penis responds to, the mind tries to explain later. And to rhyme. There is much to rhyme, because the mind can again have a feminine or masculine predisposition. Or somewhere in between.

Besides preference there is also disapproval. This arises entirely in the mind. It can come from education, for example if it has been very religious. But men with a real conqueror instinct can also get serious disgust if two other men do something together. While they have to fight with him so that he can prove to that one woman that he is the strongest. Jealousy and fear also play a role. Like rejecting cheating. The disapproval of people who prefer to do it with everyone is linked to concerns about public health and epidemics.

Because of having to explain and rhyme with reality, men badly need their penis. Because with it, the whole mental process can be reset again. A complex mind, like a human has, cannot do without a reset mechanism. And they have a penis for that. Opposite to many animal species, there is no “mating season”. A man needs his penis and his orgasm every day.

Ultimately, there are three important parts to a body.
The sexual preferences that arise from the bottom up. Whether a penis has grown in the front at birth or not. And the sexual disposition of the mind above. 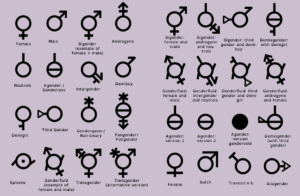 If everything fits together nicely, it is a pleasant life. Provided the preferences do not violate others.

However, it is not always the case. Which is generally interpreted as “born in the wrong body.”

The Western world in particular is still very much focused on male-female thinking. In contrast to Asian cultures, it is important that it is clearly visible whether one is A. Man or B. Woman.

At the moment people are increasingly wondering in the West what is actually the use of knowing this so explicitly.

The gender story is just a rediscovery of lost science. For example, many languages are based on words that have a gender. Gender has played a role in history for much longer. It is different from the “sex” (penis or no penis) or preference (what does that penis like). 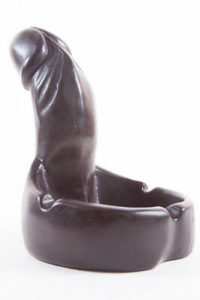 Especially in the many languages where all words have a gender, it is an interesting question how those words ever got their gender. It becomes even more fun if you look at Spanish, for example. It is “la polla” and “el chocho”. So the Spanish penis is feminine, and the Spanish pussy is masculine. When a Spaniard talks about his penis he says “ella”. Her. The word ashtray is masculine in Spanish: “el cenicero”.